Structural health monitoring and digital twin modelling are the  timely research areas in structures that attract interests worldwide. The Newton Fund project teams from the London Digital Twin Research Centre and the University of Transport and Communications (Vietnam) continue to extend the impact beyond the project by organising the 2nd International Conference on Structural Health Monitoring and Engineering Structures (SHM&ES 2021) during 13th-14th December 2021. 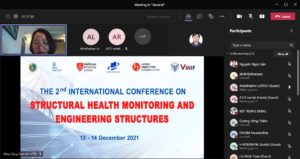 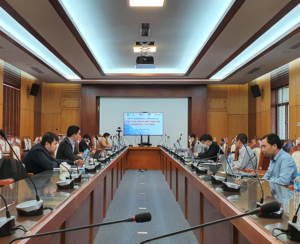 Formula 1 (F1) is a billion-pound sport that blends between entertainment (a show) and competition. It is arguably the most advanced, high-tech sport in the world. Each F1 team’s factory consists of 1000+ employees who works day and night to just produce two cars that only two drivers can drive them. It costs millions of pounds to produce a racing F1 car and the costs of development and operations throughout the year add up to further hundreds of millions. As many as 3000+ car parts are produced each week by each team. Teams invest heavily to just happily outpace other teams’ cars by a tenth of a second a lap when racing in a circuit of over 5km.

The two key things for a winning team: i) produce a very good racing car; and ii) be slick and efficient in operation as a team. Both of these can be decisively supported by one key technology: Digital Twin, because of its largely data-driven environment and the decision making is often made in real-time manner (in pressurised racing conditions).